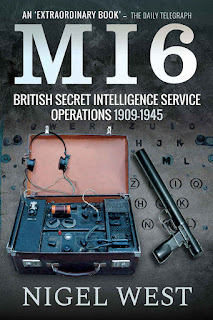 Having been brought up on the dashing, glamorous spy stories of “Reilly - Ace of Spies” and John Buchan’s Hannay, I was very keen to read this book to find the true story behind how those early characters of British espionage actually fitted in.

I was greatly surprised to learn at the beginning of the book that, prior to the First World War, the British Intelligence Services were not properly organised and operated in a rather haphazard manner, with ship captains and overseas travellers reporting back in an informal manner on anything they should come across.  The advent of the First World War, and the worries about communist inflitrators following the Russian Revolution, meant that the British Intelligence Services needed to be better organised and out of all this the organisations that we now know as MI5, MI6 and GCHQ were eventually created.

The first thing I have to say about this book is that it is very well researched and goes into a huge amount of detail.  In fact, it goes into so much detail that it becomes rather difficult to read, other than in small doses, as each page bombards you with fact upon fact, such as code names for agents, code names for operations, acronyms for different organisations and committees and generally who did what, where and when.  It is all completely fascinating and I read the book from cover to cover but, despite being an avid reader, I had to take it in small chunks and it took me longer than usual to finish.  This is by no means a criticism, as I fully appreciate how keen the author was to get as much information into the book as possible and to make it factually accurate.  In fact, I am very much looking forward to reading Nigel West’s other accounts.

Despite knowing quite a lot already about intelligence operations, the First and Second World Wars, etc. there are lots of instances described in this book about which I had no idea.  To name just a couple to whet you appetite, I was very surprised to discover that officers and NCOs who were going abroad on active service during the Second World War were all taught a special code to use were they to be captured, by which they could conceal useful military information in letters home without making it obvious to the censors in their POW camps.

Another interesting fact that I didn’t know was quite how great the concern was during World War 2 that Spain might enter the war on the side of the Axis nations and the problems that this would cause for any military information in the Mediterranean.  It turns out that this was such a realistic proposition that all Spanish ship captains carried a set of sealed instructions with them at all times, which were to be opened should Spain enter the war, with instructions as to what they should do next.

There are numerous fascinating stories such as this, lots of tales of intrigue from between the wars when British intelligence was trying to maintain operational stations in various cities across Europe and the latter part of the book also goes into great detail about how the American intelligence services were set up and the British involvement with them.

As you can tell from the foregoing, I am really enthusiastic about this book and enjoyed reading every page of it, however heavy going it may have been at times.  I would certainly recommend this book to anybody with an interest in this subject and I would fully expect Nigel West’s other books to be as similarly detailed and enjoyable.

“MI6: British Secret Intelligence Service 1909 – 1945” by Nigel West (Frontline Books, an imprint of Pen and Sword Books, Barnsley, 2019).  For further details, as well as information about all their wonderful books, check out the Pen & Sword website https://www.pen-and-sword.co.uk/ 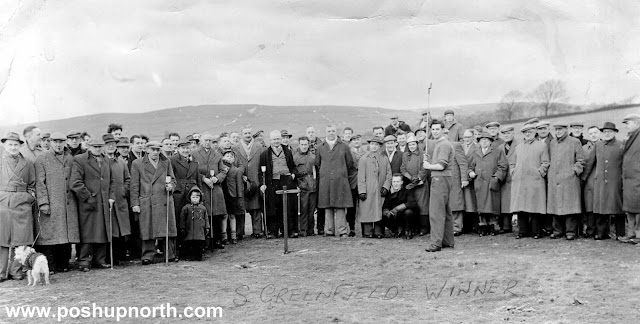 We were saddened to hear about the recent death of an old friend from our Pendle days, Stuart Greenfield.

Stuart was a popular character around his native Colne and he gained a certain amount of fame locally when he became involved with the ancient game of knur and spell, which enjoyed a revival in the towns around the East Lancashire / West Yorkshire border areas in the late 1950s.

Huge crowds used to flock out into the countryside to watch the matches and large sums used to change hands in sidebetting (allegedly…!).

By the early 1970s, the game had attracted sponsorship and TV coverage and Stuart managed to become World Champion (at least as far as the knur and spell "world" actually extended…) on two occasions.

He was retired when we knew him and spent most of his time walking and supporting the local cricket and football teams. One day, he got out his box of photos and memorabilia from his knur and spell days and started showing us - and Paul being Paul, he thought it would be a great subject to do a small book about.

Stuart wasn’t particularly academic so we wrote down all his memories and funny stories, typed them up and put it all into book form - and he kept popping round with extra notes of things that he’d thought of.

It was great fun to write and it was very good for Stuart as well as it pushed him to get in touch with a lot of old friends that he had lost touch with over the years.

Stuart was very proud of the book that we created together – and it remains to this day the only book in the world about the history and development of knur and spell.

I’m sure that, if he is looking down now, he would not want me to miss this opportunity to mention that copies are still available via Amazon and all other good outlets..!


Check it out HERE 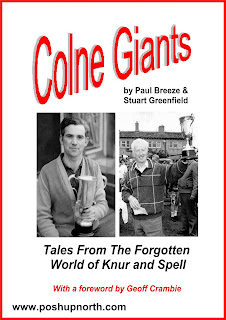